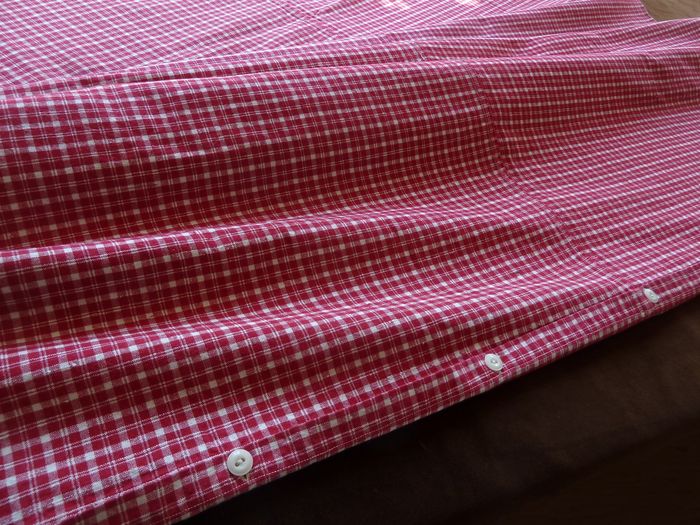 A wonderfully Country French duo of a duvet cover made in red and white plaid kelsch and its matching oversize bolster sham. Kelsch, a fabric that was typically produced in the Alsace region of north eastern France, was used to make both eiderdown covers and large bolster shams. Characterized by simple plaid and checked patterns in various combinations of red, blue, white and brown, kelsch is traditionally made of pure linen but there were also linen/cotton variations as well as its hemp equivalent which goes by the name of verquelure. This particular set is made of a linen/cotton blend and its rustic country allure could equally charm on a guest room bed, in a family room or a child's bedroom. Both the large cover and the bolster close at one extremity with white glass buttons and hand-stitched button-holes. Likely dating from the early 20th century, this lovely set is in perfect, as-new condition. Dimensions: duvet cover 67 x 56in., bolster sham 38 x 28in.